What Really Goes On Inside Bathrooms 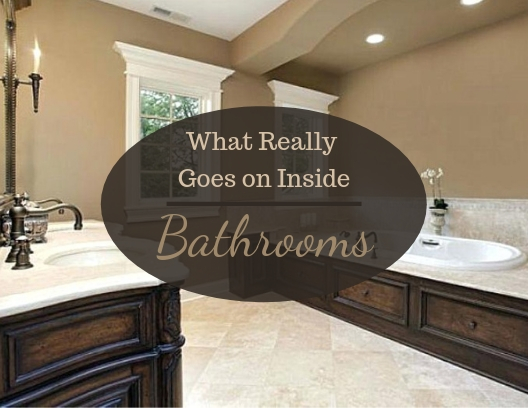 This entry was donated and written by Andrew Ellis from https://www.steamshowerstore.co.uk, experts in bathroom design, fixings and furniture.

The bathroom is a pretty simple room that has several basic functions. These include washing oneself, applying makeup, brushing teeth, washing hands and using the toilet among others.

Despite the bathroom being designed to serve those purposes, we, however, find ourselves using it for numerous other things. From playing mobile games to taking corporate calls, bathrooms deal with a lot more than we thought they did. This article aims to find out what really happens inside the most pivotal room in the home.

This is a long standing myth surrounding women’s usage of the bathroom. In fact, it is even being used as jokes in movies and television series. However, it seems it is actually grounded in truth. According to several studies, women do spend longer times in the bathroom than men.

They are estimated to take roughly 600 days longer in the bathroom to get ready. When specifically factoring in only time spent on personal grooming, it is the men who take longer though. Additionally, the research shows that they spend more money on personal grooming items. The estimated variance is at a whopping 1 pound a week spent.

When it comes to the other bathroom activities, the statistics also show that women take longer by about 2 minutes. Men, on the other hand, take longer time on the toilet. This is actually something that bewilders a lot of women. Why on earth are men taking too long in the toilet? Studies have shown that men (and women) are wasting time in the bathroom on their mobile devices.

It’s not all work-related stuff too. Whether it’s answering corporate emails, playing mobile games or lounging on social media, we do it all in the bathroom. In fact, it is now being done by 3 out of 4 individuals all over the world. We text, take calls, watch videos and do so much more while nature calls. Lately, disturbing news have also surfaced on how far this addiction has gone. Apparently, men are now opting to sit down rather than use urinals as they can whip their phones out and tinker with it while in the bathroom.

People in the 18 to 24 age bracket admit that they go on social media and browse the internet while using the bathroom. Enough about technology, what about other bathroom activities? Singing and dancing are among the top time wasters in the bathroom. The privacy of the bathroom allows for such pleasures to be enjoyed to the fullest. Following in third and fourth is reading and checking for invaders, respectively.

Are our Bathroom Usage Behaviors Eco-Friendly?

Eco-principles are a big thing these days and it also helps to get a gist of how eco-friendly our bathroom usage really is. Good news is that water conservation is at an all-time high at 82%. This is because people are practicing turning off the tap while they are brushing and rinsing. Still, there is room for improvement.

Showers account for around 25% of all household water consumption. They are said to be more efficient at cleaning and are used for short periods of time only. Likewise, showers are said to be

more environmental friendly than baths. Why then is the percentage so staggering? Well, there are those power showers that bring the percentage way up. Likewise, there are people who are fond of lounging in their showers especially if they have rainfall shower heads.

Bathing also comes next to showering when it comes to household water consumption. It is estimated that around 10% of women and 5% of men rely on baths for their relaxation needs. This includes a lengthy bathroom session coupled with scented candles, aromatherapy oils, decent music and the like. This behavior, while rejuvenating for ourselves, is yet another eco disaster as tons of gallons of waters are used per session.

Additionally, there is also constant debate as to the safety of falling asleep in the bath. There is always a risk of drowning and many find sleeping in the bath to be dangerous behavior.

Household bathrooms are just the tip of the iceberg. Workplace bathrooms also see their fair share of diverse usage. In fact, it is said that internationally, people tend to sneak off for the occasional cigarette in the bathroom. This, of course, stems from strict occupational hazard and safety laws that prohibit such behavior in workplace areas.

Additionally, you’d be surprised to find that there are also people admitting to taking power naps right inside the bathroom. Some also take their frustrations and let their emotions out while inside. Lastly, it may come as no surprise but people do tend to sneak in their social networking, mobile browsing and personal calls and text while inside the bathroom.

What are the Exceptions?

With so much going on in both household and office bathrooms, what pertinent activities then are we not doing? For one, the research shows that numerous people disregard proper hygiene practices. This includes washing their hands after using the toilet. Also, statistics show that not everyone observes the prescribed 2 tooth brushing sessions per day. Only around 49% of men and 56% of women practice it diligently.

It is also worth noting that there are a lot of incidents of phone damage among the respondents. This means we are not that careful with our phones while in the bathroom. Common mishaps include dropping the phones in the toilet and spilling water on them while near the sink. You can never judge a book by its cover. Bathrooms are designed with a single purpose in mind but are used for a totally different one. Our bathroom behavior is not that ordinary but don’t fret. Wherever you are and whatever you do inside, chances are, you’re not alone. 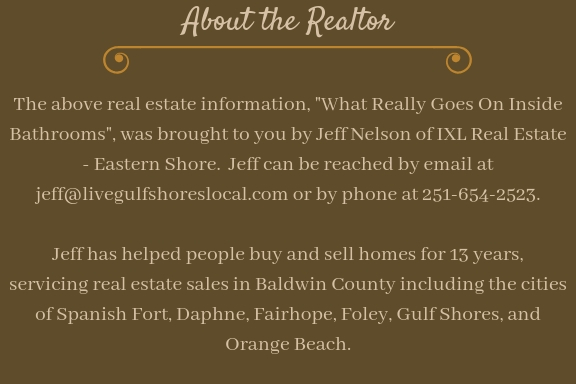 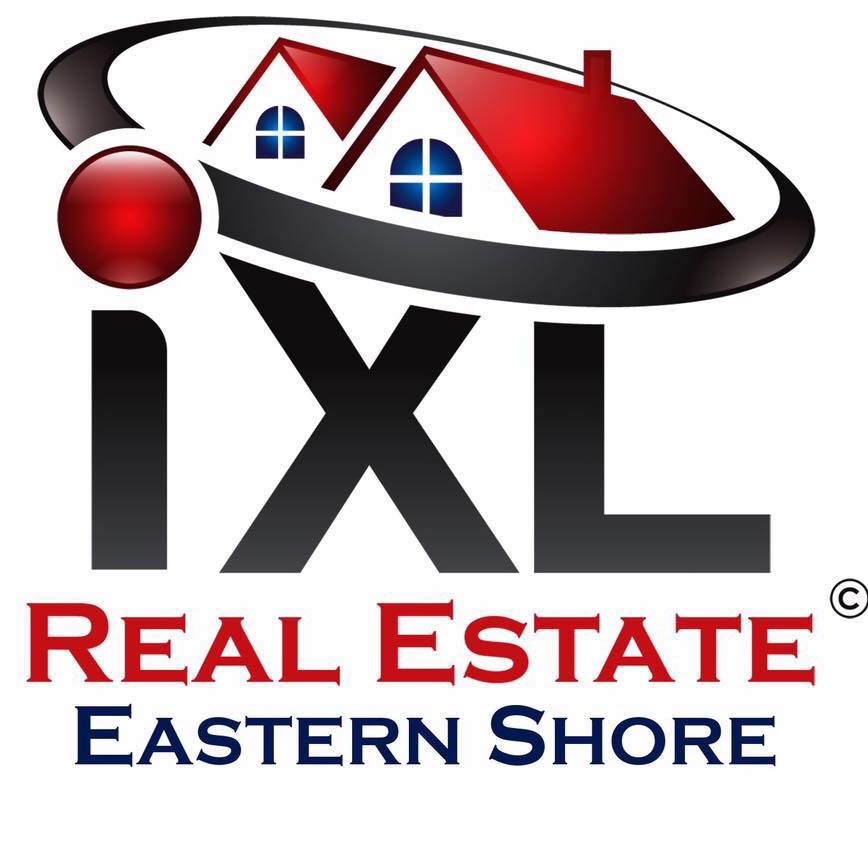